Vas'Quez / Calentar
A Planet In Dispute 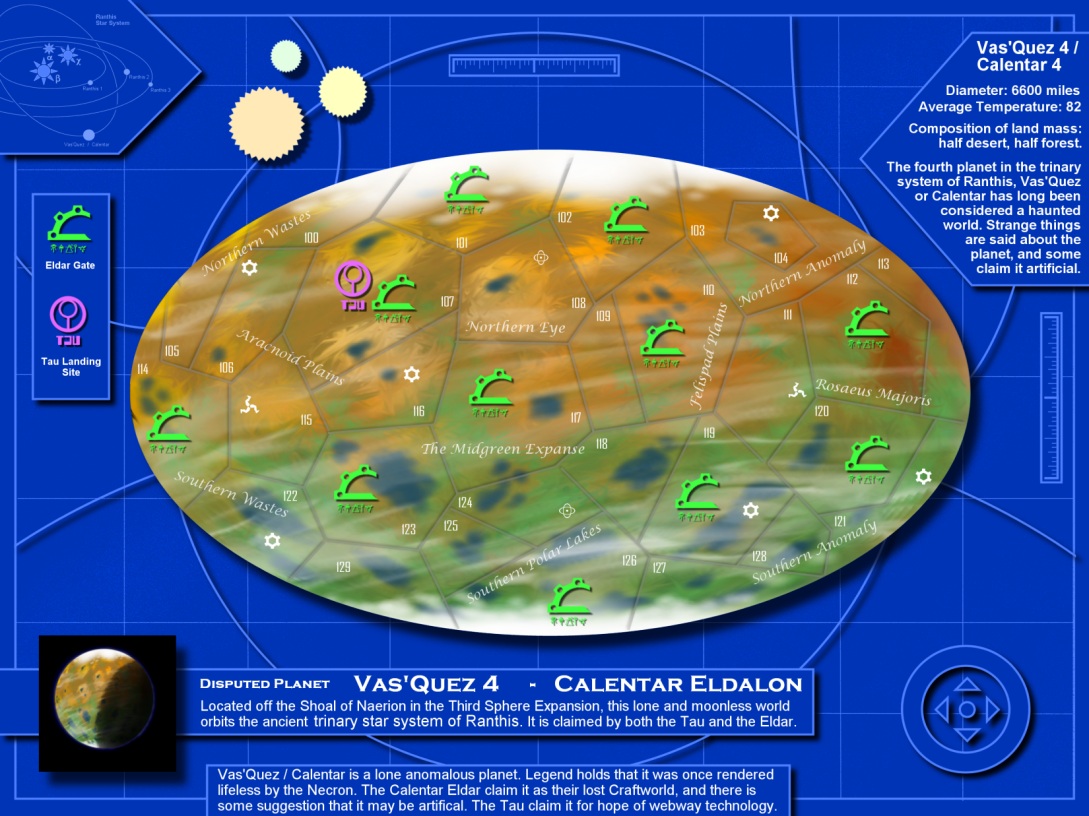 Early analysis of the Planet the Tau were assured was called Vas'Quez 4 by nearby human settlements showed a remarkable world. For one thing, the planet was held in an orbit that was not part of the native planetary disk; a sign of a captured body not native to the star system it was in. The planet had been captured by a trinary star system, yet was in a perfectly stable orbit, as if it had been guided there. And there was the matter than graviton scaning indicated that the world just might be somewhat hollow and structured, not to mention the anomalous power readings that randomly spiked from below the surface.

This just had to be a lost Eldar Craftworld. Or so some Tau Etherials reasoned.

They also reasoned that if Vas'Quez was indeed a lost Craftworld, it was likely to be very dangerous, especially if any Eldar happened to catch anyone visiting it. This led to a brilliant scheme by which this potential treasure of the ages might be explored... even settled and claimed... without risking a single Tau life. Well, a single important Tau life.

Thus it was that a mission was arranged, staffed entirely from the dregs of Tau society, people, even Etherials, that nobody would actually miss, should things go horribly, horribly wrong.

Welcome to the happy world of Vas'Quez 4. Or Calentar. Depending on who wins.